While looking for ideas for new some new project I noticed there aren’t many lists of Arduino projects online so I decided to make one and in the last few days I’ve been carefully digging Reddit (r/Arduino) and the Arduino forum until I ended up with a list of 20 Arduino projects of 2012.

The second criteria forced me to discard some amazing projects, but I didn’t want this post to be a simple showcase of cool Arduino projects, I wanted it to be an useful reference for Arduino users. 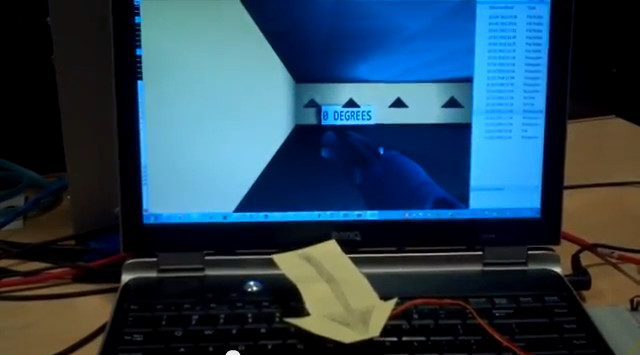 This project aims to integrate a 3D world with real sensors and motors, more a proof of concept than a proper project, but still an interesting idea. Project page. 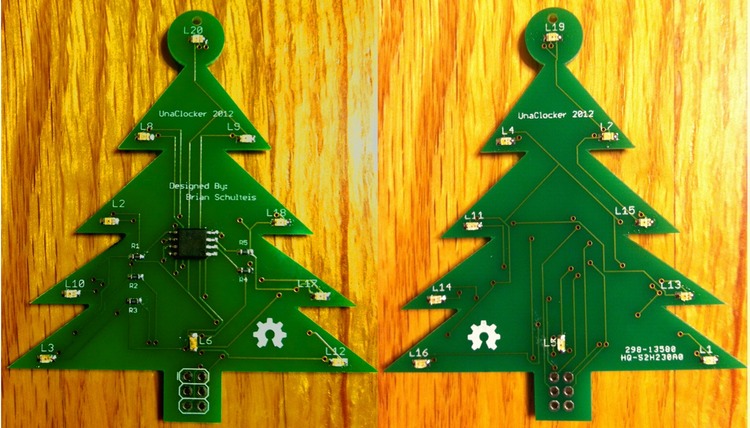 A custom PCB designed in the shape of a Christmas tree, an Atmel ATTiny45 microcontroller, 5 IO pins, and 20 LEDs make a perfect Christmas ornament. Project page. 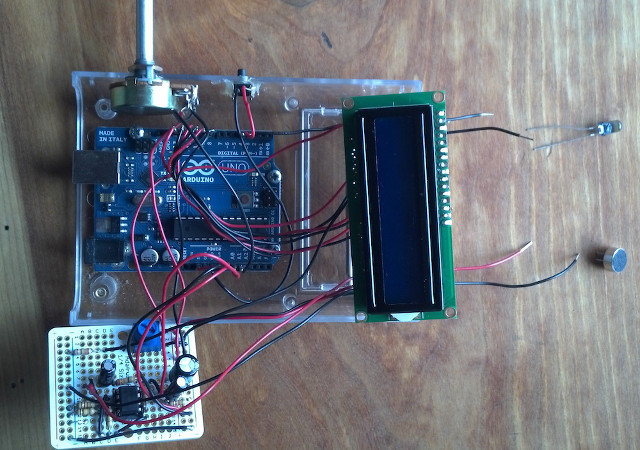 A simple idea, but it comes with quite few interesting features. The device built in this project is a sound level detector which sets off an “alarm” via IR when it detects the sound level is to high for too long. Project page. 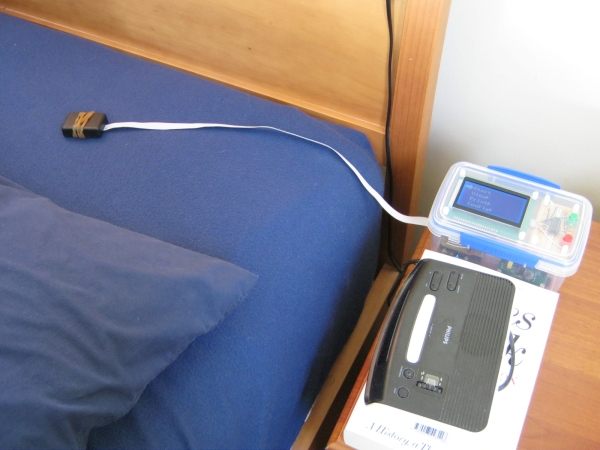 SleepyTimer is an Arduino-based sleep monitor which uses a 3-axis IMU to infer nightly sleep patterns. It graphs the results on an LCD and on a thermal-transfer printer. Project page. 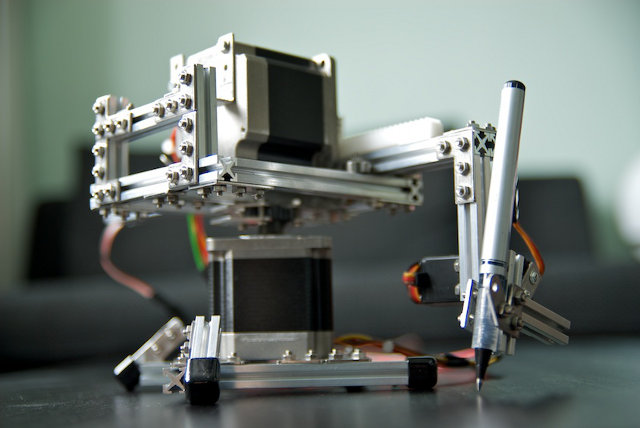 A polar plotter is a plotter with a rotating, extendable arm. The construction is powered by an Arduino Uno and Maker Beams. Project page. 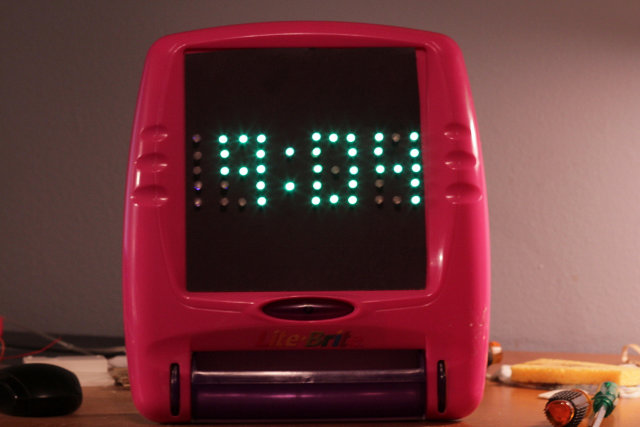 An instructable that shows you how to make a Lite Brite clock using a Lite Brite, an Arduino, 46 LED’s and a few other miscellaneous parts. Project page. 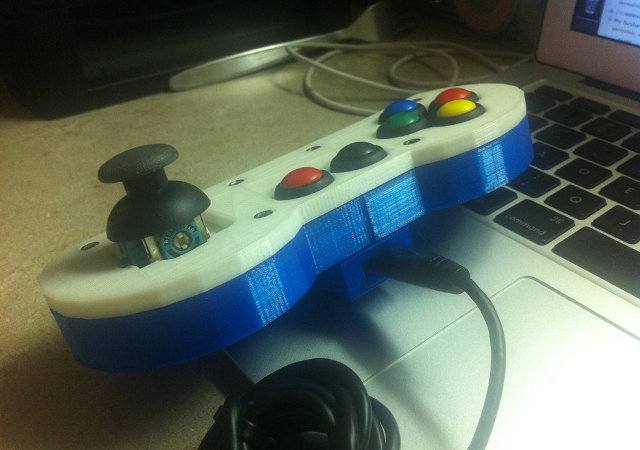 A game controller powered by a Teensy microcontroller. No project page, but a photo gallery and the source code are available. 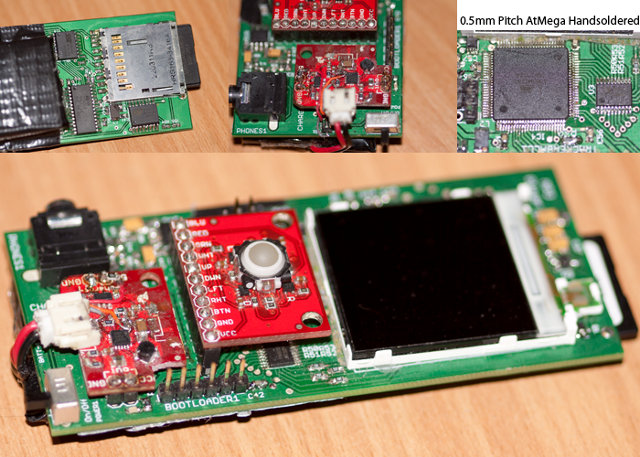 Mix an Arduino Mega, an MP3 decoder, an SD card, and a nokia LCD with thousand lines of code and you’ll get a working MP3 player. Project overview. 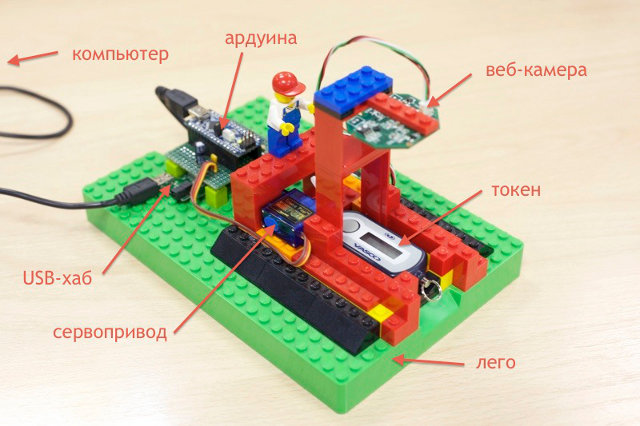 Devices built using LEGO always have something special… this one uses an Arduino Nano and an old webcam to recognize digits from a security code. Project page. 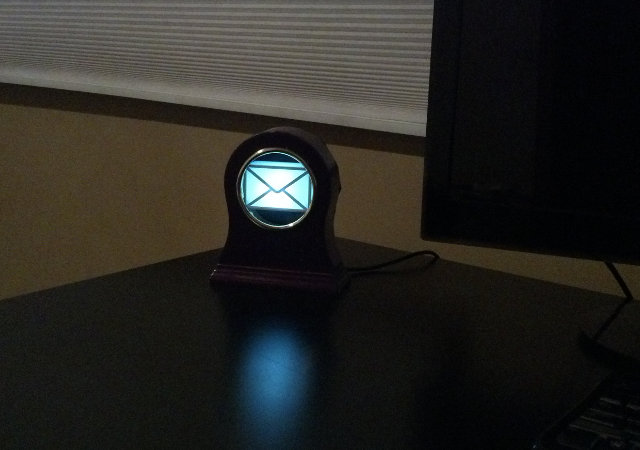 This project could be useful to all the Reddit users, it’s a small desk notifier that lights up when your Reddit account receives a message. Project page. 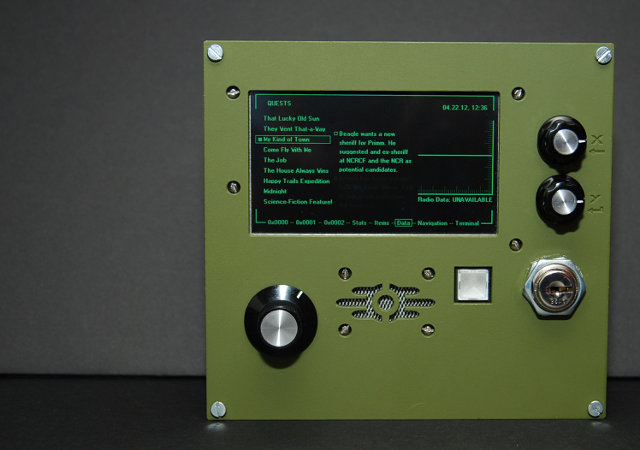 A PIP-Boy is a device used by the protagonist in the popular Fallout series of video games for navigation, radiation detection, data storage/playback, and inventory management. This instructable explains how to make one. Project page. 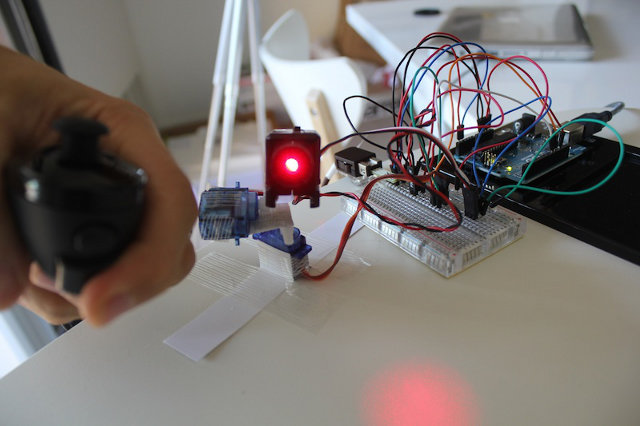 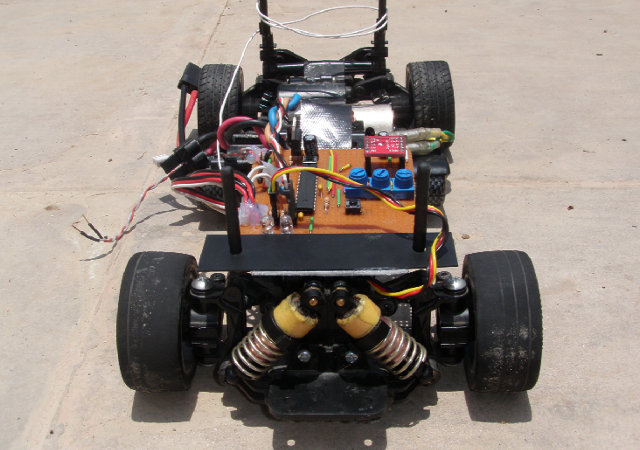 The aim of this project is to make race RC cars more stable and easy to drive especially for beginner drivers. Project pages 1 and 2. 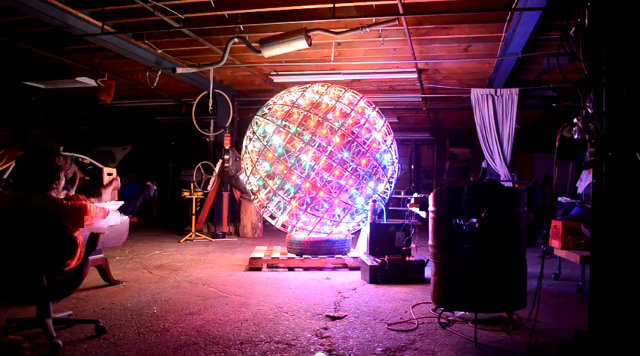 A huge disco ball made of 800 LEDs. Project Page. 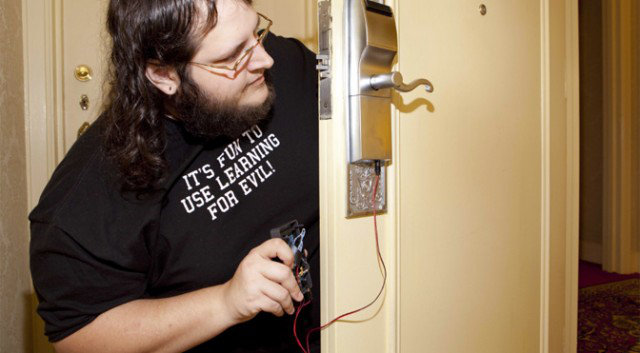 Last summer a black hat called Cody Brocious (aka Daeken) managed to gain access to 4 million hotel rooms with Arduino board. Probably not an usual project, but it definitely deserved a place in this list! Paper and PDF slides available online. 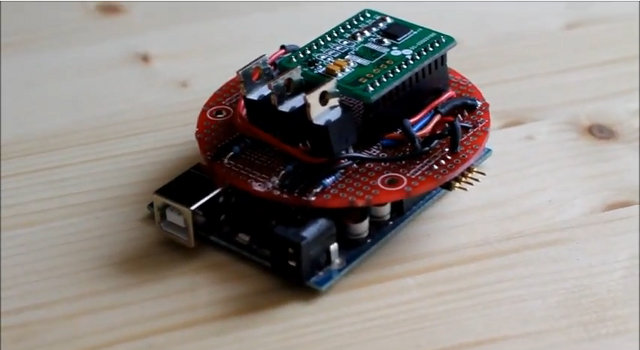 Controlling a LED strip with an action figure of Ezio Auditore (Assassin Creed) is pretty cool, isn’t it? Project page. 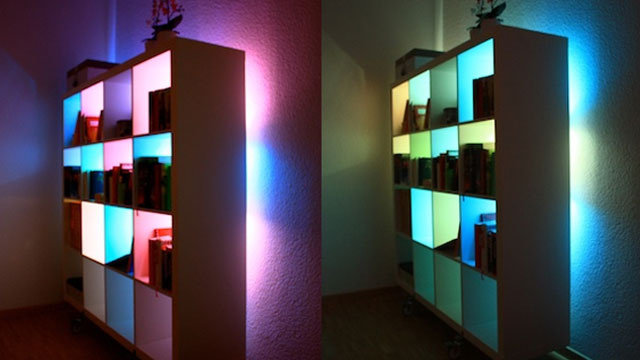 A simple bookshelf can be strongly enhanced by some LED modules controlled by an Arduino board. Project page. 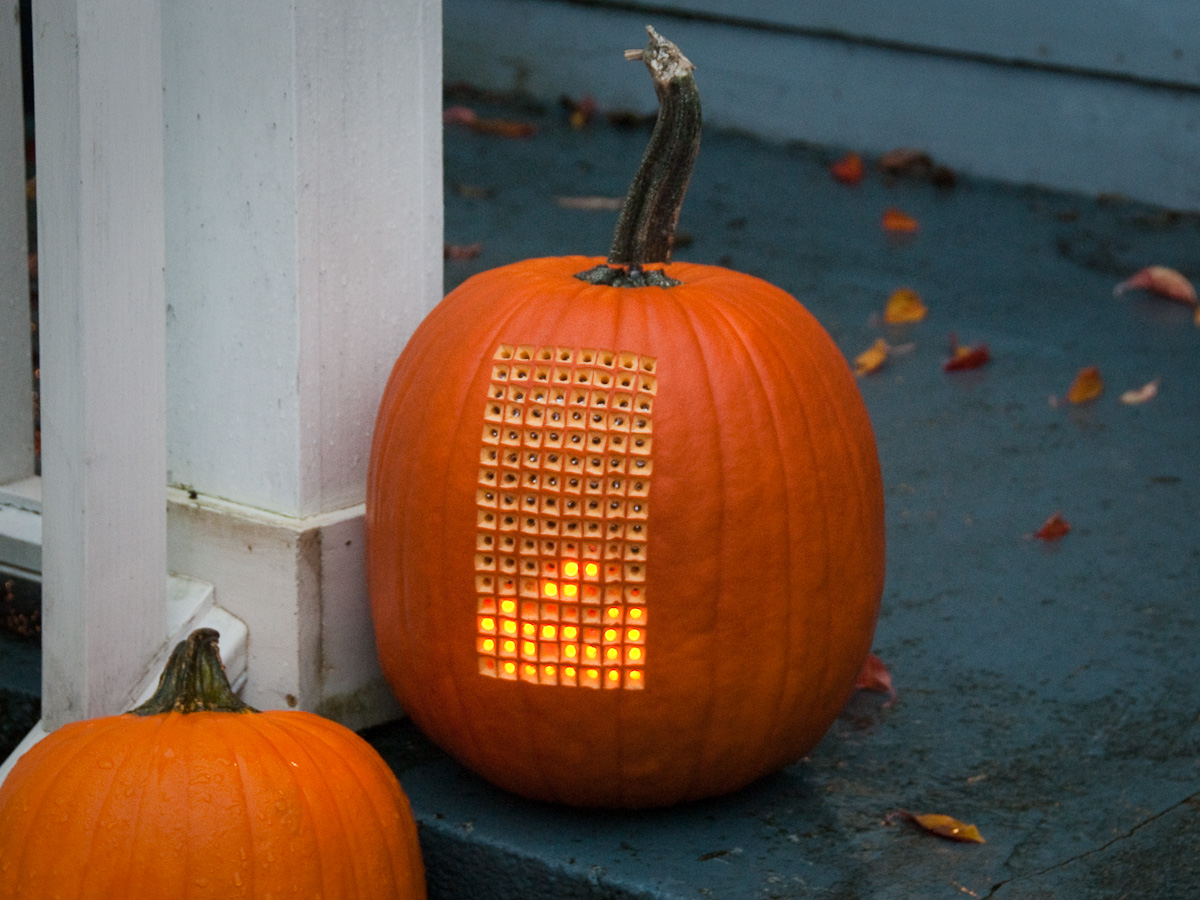 The perfect project for Halloween: combining a pumpkin with the classic video game Tetris! Project page. 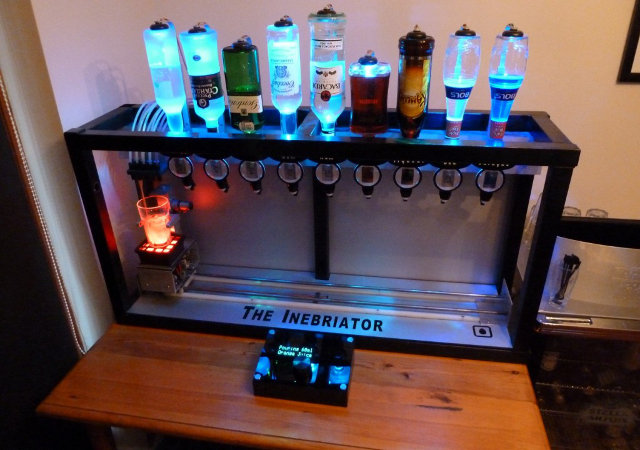 An Arduino powered cocktail machine, with plenty of cocktails to choose from. Project website. 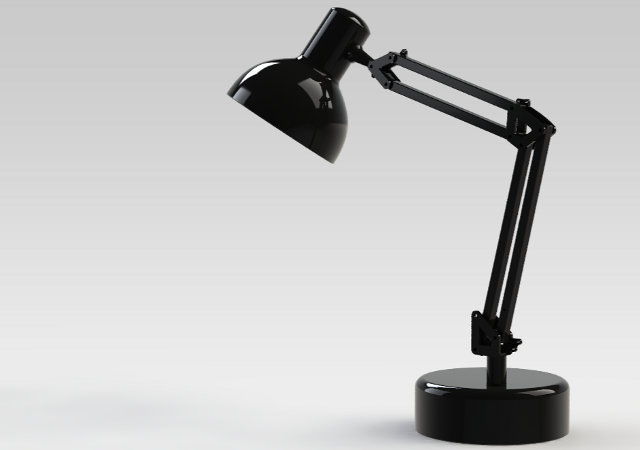 Pinokio is not just a lamp, it’s a beautiful animatronic powered by Arduino, Processing and OpenCV, which is aware of the environment around and expresses different behaviours in an incredibly natural way. Project log and in-action video. 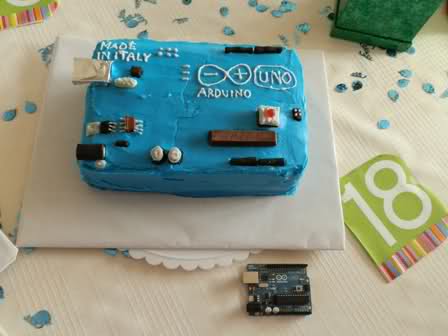 A lucky guy got this from his mum on his 18th birthday, unfortunately no schematic or sketch code are available, but you can check his forum post and maybe ask him for the recipe. 🙂

What’s your favourite one? Can you suggest any other awesome project? Just leave a comment below.