Recently I decided to buy a 7″ tablet and obviously my choice was the Nexus 7, I wasn’t completely sure if going for the 2012 or the 2013 model though, but after some (lost) eBay auctions and a bit of thinking I made my mind up.

I decided to write this post because it could be interesting to someone who’s thinking to buy one or is waiting for their Nexus to be collected/delivered and because I’m a geek, I guess. 😛

This is what you’ll get when you buy a Nexus 7 2013: a light blue box with a very simple and clean design. 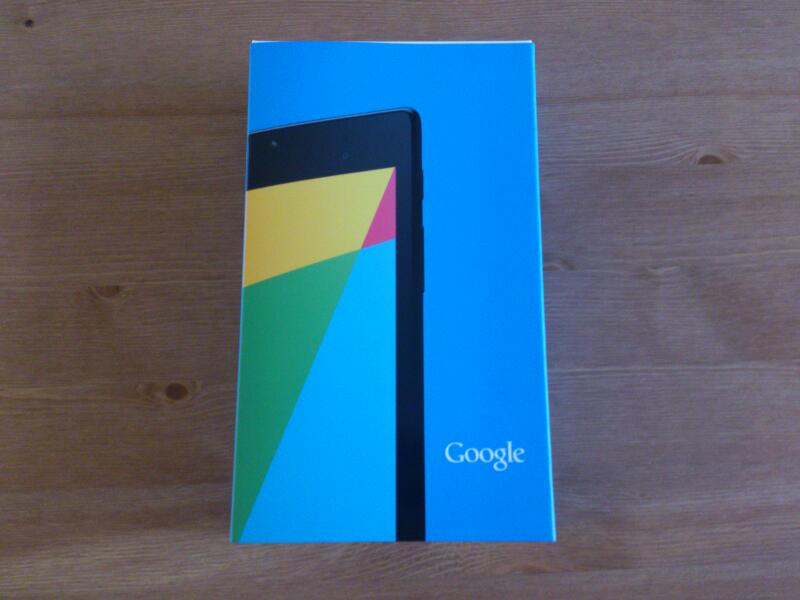 Opening the box will reveal the Nexus 7 covered by a plastic sleeve. 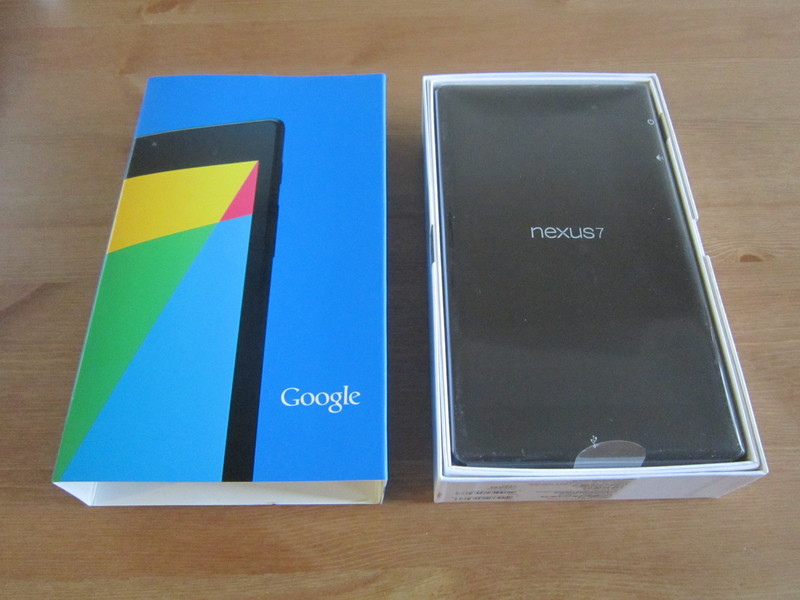 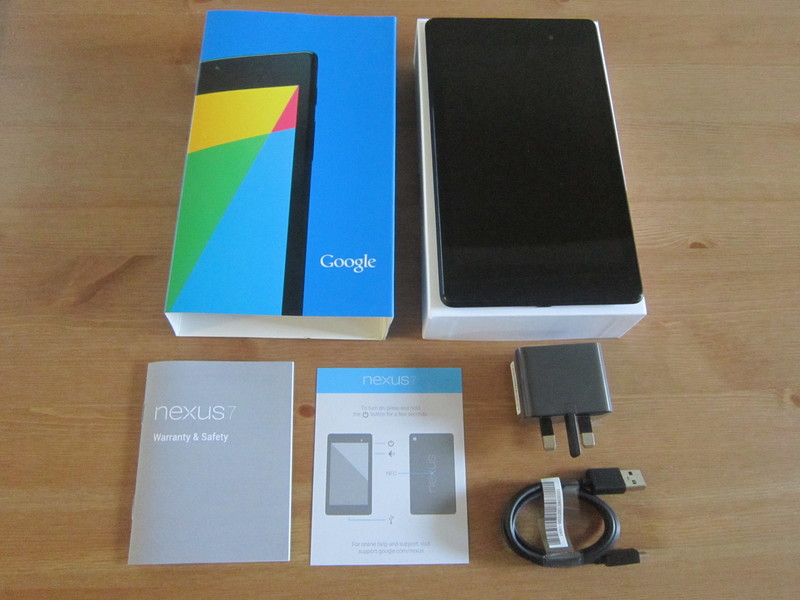 Once you turn the Nexus 7 on you’ll get a welcome screen and after that a short setup procedure will start. 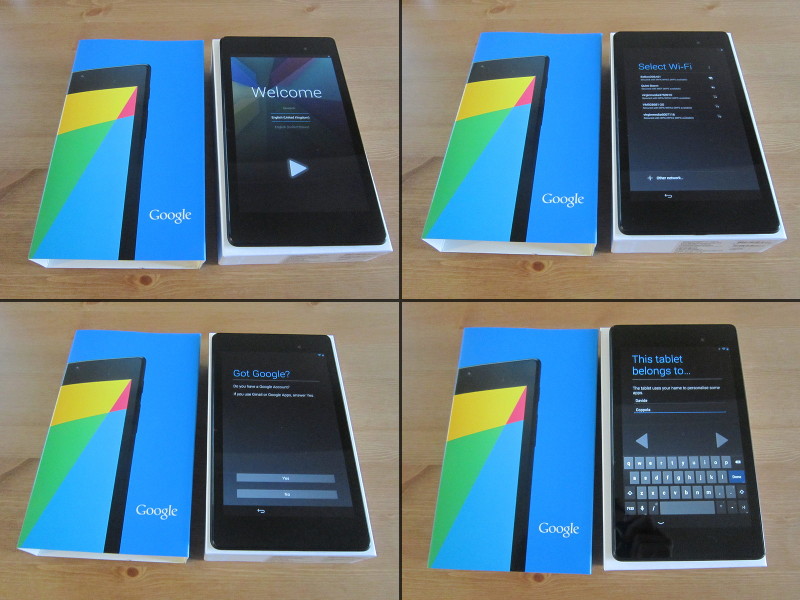 During the setup you’ll be asked to select a Wi-Fi connection, then link a Google account (if you have any) and to enter your name. There are also terms & conditions to accept, but I’m going to spare you the photo of that as nobody cares, but lawyers (so my soul could be property of Google now, but we’ll never know).

As soon as you finish with the setup process you’ll have your Nexus up and running and immediately most of the Google apps will start to get updates. 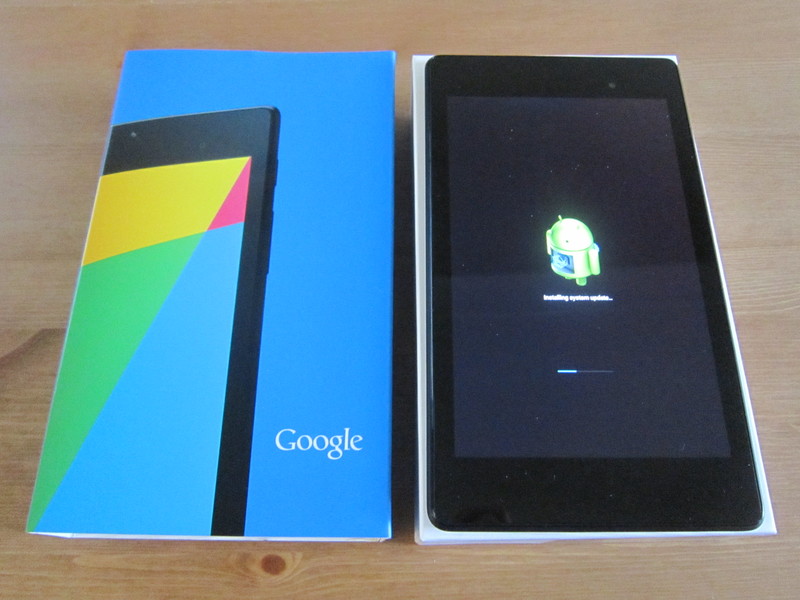 The last update will be a system update which will bring Android 4.3 (Jelly Bean) to your device.

Once the system update is finished you’ll have an awesome 7″ Android tablet running the latest system version. 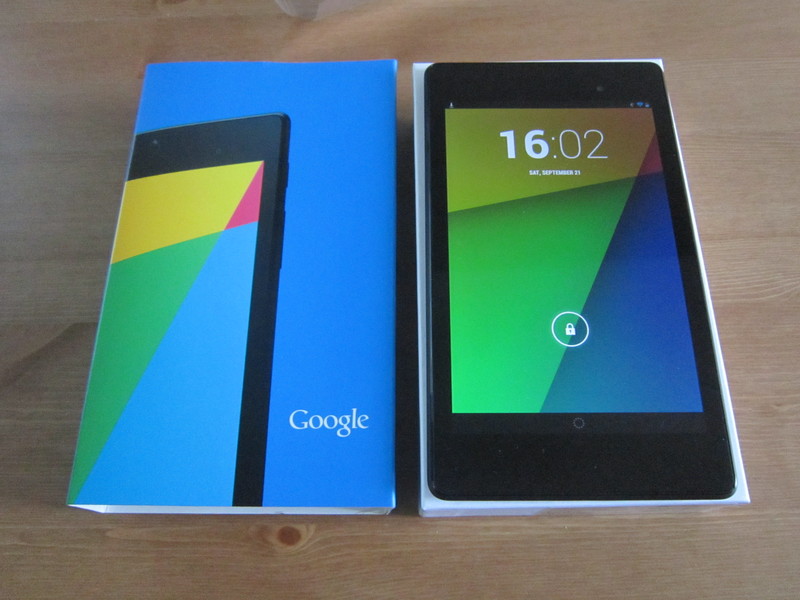 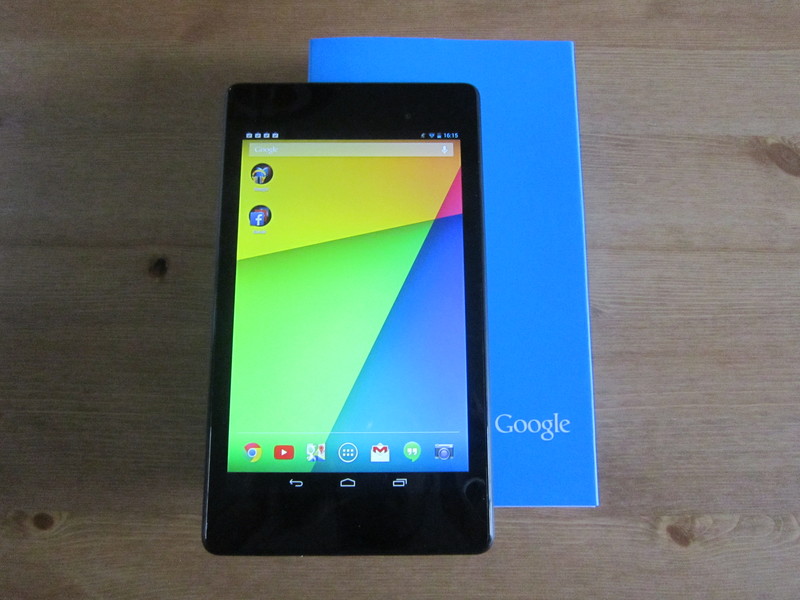