Glossary of terms and acronyms for free and social games

The rise of free and social games in the mobile era has introduced a new jargon which mixes terms and acronyms from many different fields like advertising, marketing and data analysis. Such terms and acronyms are mostly used to describe how a game is performing and nowadays they should be part of the dictionary of every game developer. 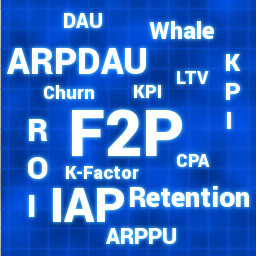 In this post I tried to collect most of these terms and acronyms with their meanings, so If you are a game developer and you believe K-Factor is a tv show and ARPDAU is a new brand of cereals, then this glossary may help you a bit.

I divided all the terms and acronyms in several different groups to highlight the context in which they are mostly used, but they are not strict or exclusive, so keep an open mind while reading.

Cohort: group of users who shared the same event(s) in a particular time frame.

That’s all for now, but feel free to leave a comment if you know more terms or acronyms and I’ll be happy to add them to the glossary.