First update of the year 2016 for my series of posts dedicated to tracking and analysing the Android version distribution over time. The time frame considered in this update covers the last 2 years of Android: April 2014 to April 2016. 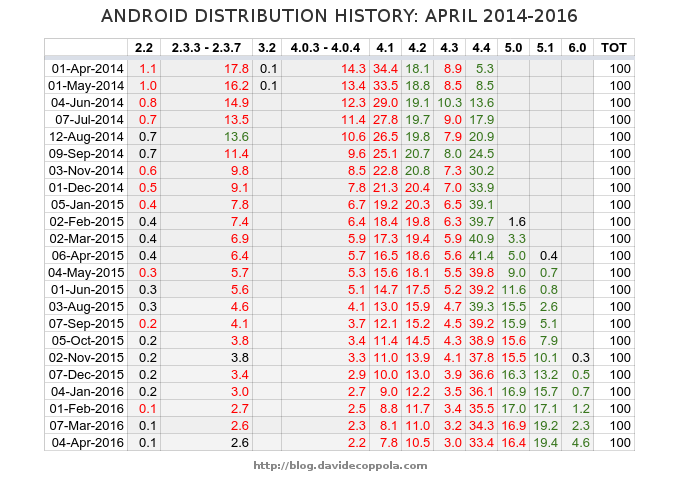 I should probably point out that since August 2013 this data is gathered from the new Google Play Store app, which supports Android 2.2 and above, devices running older versions are not included, but at that time they accounted for about 1% of devices that checked in to Google servers which probably means now they represent less than 0.1% of the Android market.

This is a summary of what happened in the Android ecosystem in the recent months:

To have a better visual understanding of the data I have also created a graph of the evolution of the 9 main versions over the past 2 years. These are the Android versions with more than 1% of market share which overall cover 99.9% of the current Android market. 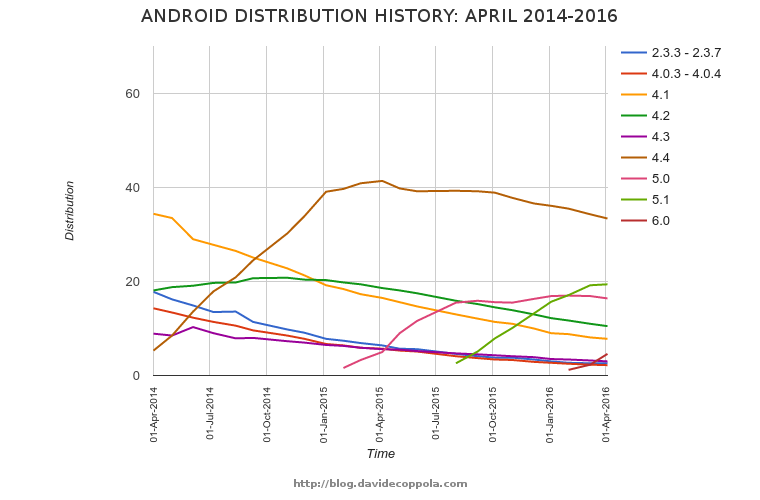 As you might notice, Kit Kat is still the most single used Android version with a 33.4% of market share, whereas if considering different minor versions combined the winner is Lollipop with 35.8% of the Android market.

If you are interested in older periods of Android history you can check the previous posts of this series:

Starting from this year I decided I am going to publish a new update every 4 months, for a total of 3 total updates per year. Which means you can expect the next one in August 2016.