Evolution of Android version distribution in 2017

An analysis and visualization of the evolution of the Android version distribution in 2017. This post includes statistical data, charts and notes about what happened in the Android ecosystem during the last 12 months.

I started keeping track of its evolution in 2012 and I’ve been blogging about it every year since then.

I gathered all the data in this post from the Android developer dashboards, which provide monthly statistics on platform versions, screen sizes and OpenGL versions for all the Android devices which access Google Play. Statistics do not include Android versions with a market share lower than 0.1%.

The following table shows the distribution share for each Android version in the last 13 months. I gathered all the data from the Android developers dashboard.

I included December 2016 too as it helps to see how things evolved in January 2017.

Since August 2013 data is gathered from the new Google Play Store app, which supports Android 2.2 and above. Devices running older versions are not included, but at that time they accounted for about 1% of the Android market. That was over 4 years ago, which means that proably most of them are not active any more,

Visualization of Android version distribution in 2017

The graph below shows the 2017 data as lines and it highlights the growth of Android 7.0 (Nougat): 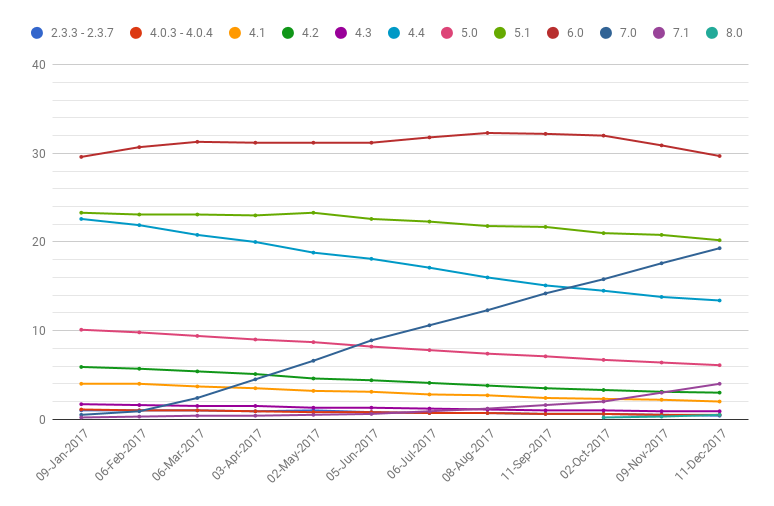 The next graph shows the 2017 data as stacked area: 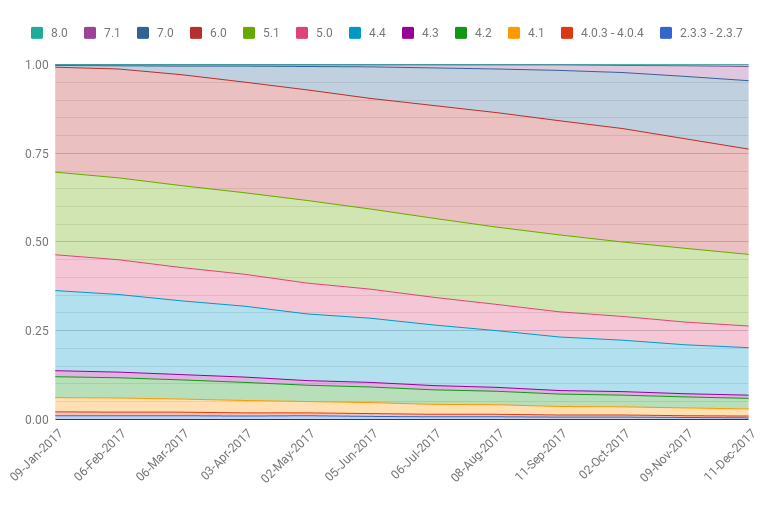 The final graph shows the 2012 data as stacked bar: 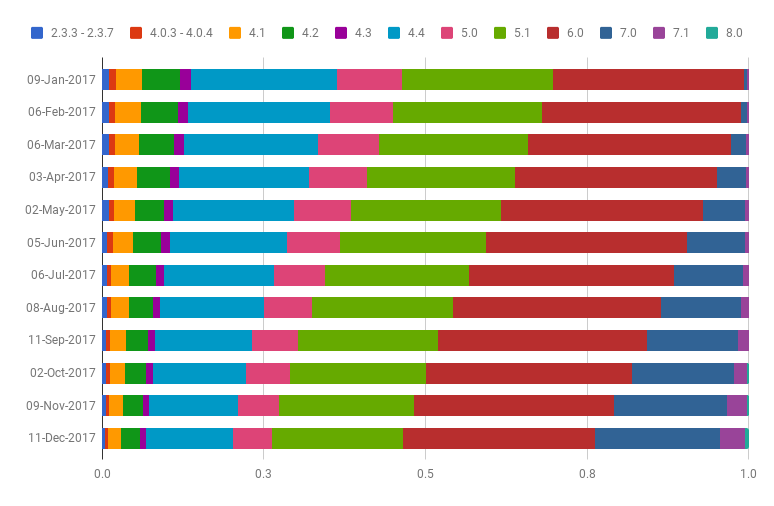 This is a summary of what happened in the Android ecosystem in 2017:

In conclusion, Android 6.0 (Mashmallow) is the most used version of 2017, ending the year with almost 30% of the market. Nevertheless, its decline started and next year it will be replaced by another version, probably 7.0 (Nougat), which had a steady and fast growth all year.

If you are interested in older periods of Android history you can check the previous posts of this series: